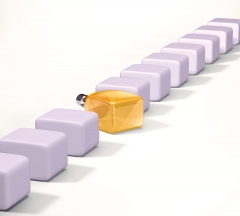 Options for shade characterization and individualization with VITA SUPRINITY

Shade characterization of VITA SUPRINITY restorations can be quickly and easily carried out using VITA Akzent Plus stains. These fluorescent stains allow internal staining of restorations during layering as well as staining and fine glazing of external surfaces.

For highly esthetic results using VITA SUPRINITY, the cut-back technique can be used in combination with the VITA VM 11 veneering ceramic to create restorations that are tailored to individual patient requirements. 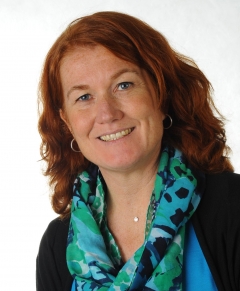 Ms. Baumgartner, which ceramic firing units can be used to crystallize VITA SUPRINITY?
VITA SUPRINITY restorations can be crystallized in any standard commercially-available vacuum furnace that supports slow cooling.

What does the user need to take into consideration when using firing paste for a custom firing tray in everyday practice or laboratory routine?
When using firing pastes such as VITA Firing Paste, for example, ensure that the veneering ceramic does not come into contact with the firing paste, as the liquid contained in the paste burns more slowly. In such cases, grey discoloration of the ceramic could occur, which can, however, be prevented by increasing the pre-drying interval from 4 to 8 minutes.

At what stage should the restoration be manually reworked or reduced for individualization?
The restoration should ideally be manually reworked or reduced before crystallization. This is because processing could introduce minor surface defects that could cause the material to "weaken". If these occur prior to crystallization, they will be "restored" again as a result of the thermal treatment.

Which milling tool/polishing agents are best suited for (re-)working of VITA SUPRINITY restorations?
Reworking should only be performed using fine-grained diamond-coated milling tools (4 µm) and special polishing tools (for pre-polishing: diamond finishing bur / 8 μm) at low pressure. For optimum polishing, a 2-phase polishing range for extraoral and intraoral use has been specially developed, which allows a natural high-gloss finish to be achieved quickly and easily: the VITA SUPRINITY Polishing Set technical and clinical. However, all proven polishing systems for silicate / glass ceramics can also generally be used, including, for example, the widely-used Soflex discs.

Apart from shade characterization with the new VITA AKZENT Plus stains, what options are available to the user in terms of esthetic refinement?
VITA SUPRINITY restorations can also be reduced and then built up again individually. This cut-back variant is of particular interest to dental technicians. They can choose in this case whether the shape reduction should be defined directly in the software or whether it should be carried out after milling using the handpiece. Once crystallization has been completed, the reduced restoration can be layered using VITA VM 11, the veneering ceramic developed especially for use with VITA SUPRINITY. Technicians are thus free to be as creative as they wish.